This time around I made this as a housewarming gift for a friend of mine and his girlfriend. The best thing about handcrafting stuff is that it's much more personal than just buying something. 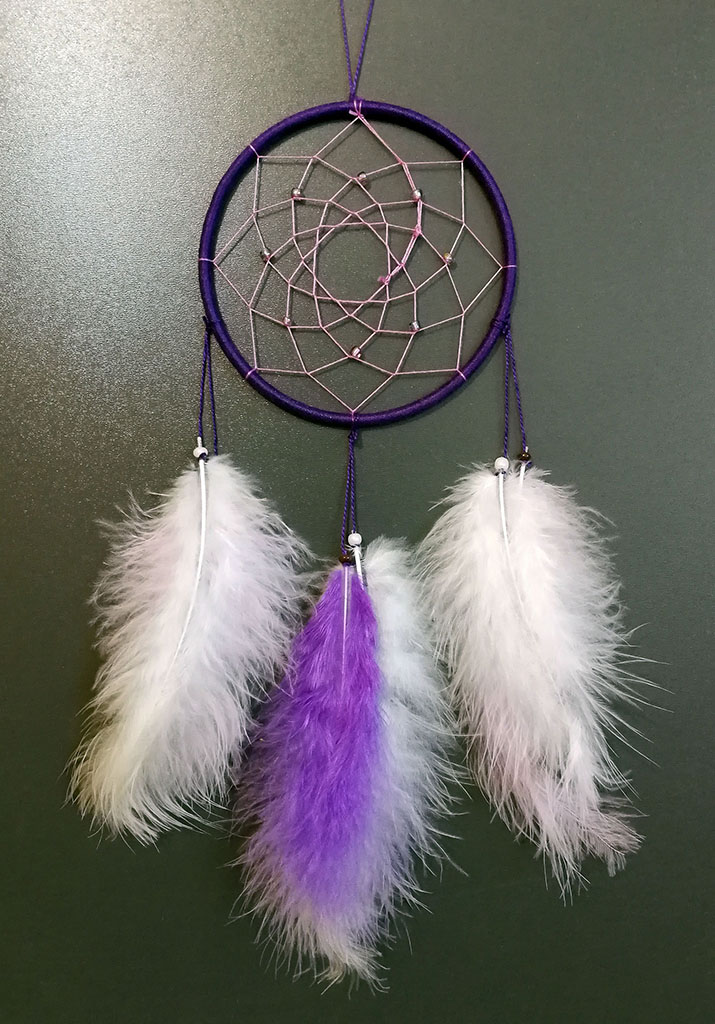 I have changed things around a bit compared to the previous one. The web has now 8 connections to the outer ring instead of 12, which makes it less dense, and much easier to make the inmost parts. To compensate for this sparseness, I used a thick yarn instead of a string.

I also tried out a new technique [1]. It has always bothered me how asymmetrical the traditional version is. This one is perfect, the only trade-off is that there is one line that is doubled (see image below). This is because even though it is symmetrical, the yarn goes in a spiral, and whenever it passes to the next circle there is going to be some overlap. 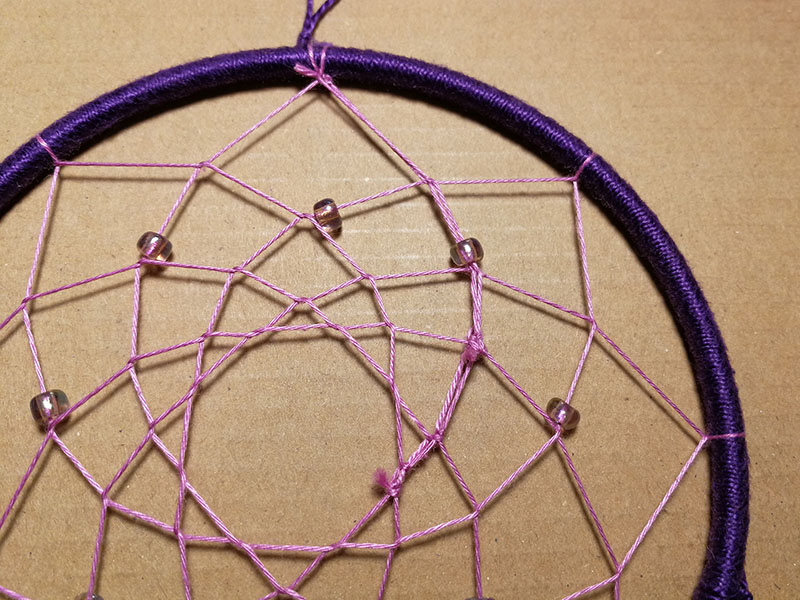 Web close-up. Notice the double yarn coming from the top to the center.

The color scheme and the location of the beads on the web are more thought out this time. The beads follow a circle and are placed symmetrically, but taking gravity into account, so the circle only works when the dreamcatcher is hanged and the beads slide down to the nearest intersection.

As for the feathers, to connect them to the yarn, I used a needle and pulled it through the quill, then tied it with a knot. To keep the yarn in line with the feather's shaft, I pinned a bead at the end. See image below. 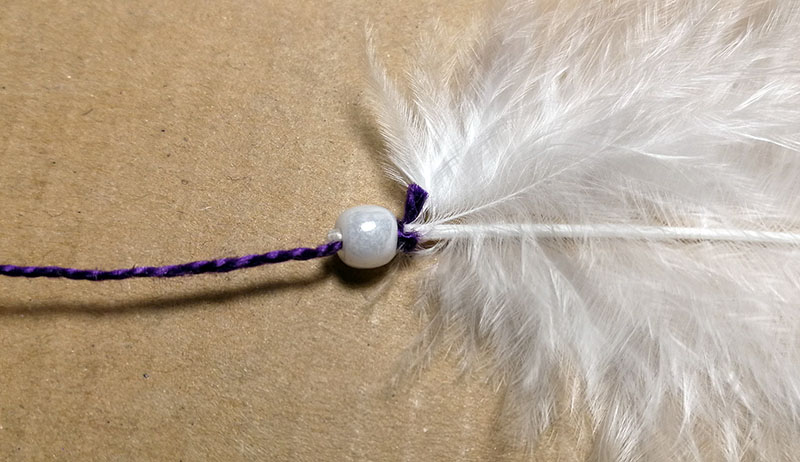 Connecting the yarn to the feather and making sure the yarn and the shaft don't make an angle.