After I had to remove the old version because Adobe Flash is no longer supported, I ported the game to CREY. And not just that, but I added 7 more levels!

The original game was just one level, where you had to turn the whole checkerboard into one single color. Later I realized that it's also possible to have all kinds of interesting shapes, and have that as a goal, making the game much more interesting, and longer.

To manipulate the checkerboard, you need to press the buttons at the lattice points. This will invert the color of the 4 neighboring tiles. You gain ⭐-s for completing levels, and extra ⭐-s for completing them in the minimum number of steps. Every ⭐ unlocks one level. 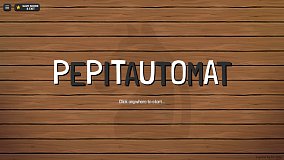 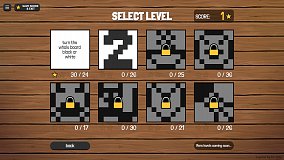 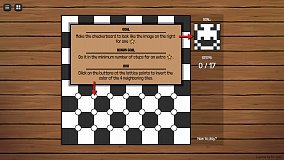 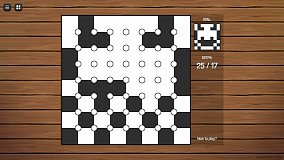